Electric dog fences help keep your dog on your property instead of allowing it to run away, and the minimalist setup that most dog fences require allows you to hide much of the fence from passersby. The wire that surrounds the property and that forms the perimeter around where the dog can wander can be buried underground, in most cases. While not mandatory, it is definitely a good idea to bury it.

The wire for the dog fence isn't placed up very high when it's left above ground. However, it can still form a trip hazard even when it's only a centimetre off the ground. And, depending on what your steps are like and what your shoes are like, even a wire resting on the ground could be an issue. Rather than take a chance, just bury the wire. If it doesn't need to be above ground, then there's no reason to leave it there.

Protects the Wire in Bad Weather

Electric dog fence wires are built to withstand bad weather in general, but if the wire is above ground, then anything blown about by the wind, such as leaves, paper litter, and so on, can get caught on the wire. Burying the wire underground protects it from that problem. And, if there is minor flooding, the wire may still get wet as it's in shallow soil, but it won't be stuck in runoff that could pull it around and ruin the fence perimeter that you've set up. Severe flooding, the type that washes away topsoil, can still get to a buried wire. But weather that affects only things above ground is more common. Burying the wire is better for it.

Mark the Location for Landscaping

The wire will be buried only a couple of centimetres below the surface of the soil, which means that any digging could break the wire and potentially expose whoever is digging to electrical current. Mark the location of the wire for landscapers and anyone else who might dig in the area. Fence contractors, utility companies, even your family; they all should be able to tell that there is a buried electrical wire in the area. You'll have a transmitter, of course, and at first, you'll have visual markers for the dog to focus on. But those don't substitute for signs noting that buried wire is in the yard.

Burying dog fence wire isn't required, but it is very helpful and a lot safer. Double-check with the manufacturer of the specific fence you're getting about the exact depth at which you should bury it. Keep in mind some fence wires aren't meant to be buried, so you'll want to ensure you're getting a dog fence where you can bury the wire.

For more information, contact a dog fencing service near you. 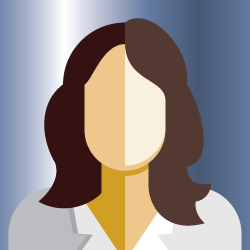